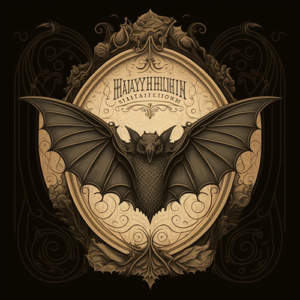 Bethalynne founded the Attic Shoppe in 2013 with the help of her fiance and family. The shoppe featured art prints and items created from the artwork of both Bethalynne and her fiance Myke Amend. The shoppe’s first very popular item was the Isidore Tarot published the autumn of 2013. The popularity of the Isidore deck gained the shoppe a very loyal following and customer base.

Since 2013 the Attic Shoppe has published four unique decks since then and a variety of books and one of a kind items. Since Bethalynne and Myke’s 2016 move to Ohio Bethalynne has been handling nearly the full brunt of work for the shoppe. Shoppe sales are usually only for brief periods so she can keep new orders going out in a timely manner, as well as keeping up with the day to day running of the shoppe. As of the autumn of 2018 after the publication of her most recent tarot–Madam Lydia Wilhelmina’s Tarot of Monsters, the Macabre and Autumn Scenes–most of her time is devoted to keeping up with the overwhelming demand of this very popular tarot deck.

Nearing the autumn of 2019, after several months of poor health, Bethalynne was rushed to the hospital for end stage liver disease. It is believed, after exhaustive tests, the kidney disease started from a severe fall she took down a flight of stairs a year previously where there was–because of a lack of medical insurance at the time–no testing to discover the damage that had been sustained to her kidneys and liver as well as a very small tear in her stomach that was slowly leeching blood into her intestinal tract. 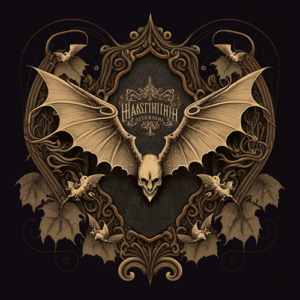 She had an extended stay at the hospital as they tried to combat her constant blood loss and near fatal low blood pressure. As this continued she also showed signs of liver failure. When she finally returned home she had to learn how to walk again and deal with all of these new health issues in her life as she was being prepared to go onto the transplant waiting list for a kidney and partial liver transplant.

As of now Bethalynne still runs her shoppe as best her health allows. Every so often the shoppe is temporarily closed while she is enduring another stay at the hospital. Given the amount of medical debt weighing on her and not overlooking her complete love of her shoppe and loyal customers, Bethalynne urges anyone who’d like to help her out but cannot find a specific item they would like, she has a very large collection of available tee shirts with new designs weekly. Please purchase a tee! All profits from tee shirt sales go towards her medical funds. From Bethalynne, her husband and family we all thank you from the bottom to top of our hearts. Or for more direct help Bethalynne established a gofundme page here that she really doesn’t promote aggressively because she’d rather sell a tee than ask for a donation.

You can always contact the Attic Shoppe at Bethalynne’s all in one email [email protected] – please note response time is usually within the same day but there are times when it takes a few days for her to respond. The Attic Shoppe gets a heavy influx of mail mostly due to Lydia Tarot inquiries. Thank you for taking the time to read this far.